Flinders Lane Kitchen & Bar is a CT restaurant in downtown Stamford run by two Aussies named Chris McPherson and Brad Stewart who arrived in New York on a shoestring, but since then, have moved their hustle & their dreams to Connecticut. Stewart, the head chef, and McPherson, the operations manager. The initial restaurant was in Manhattan’s East Village neighborhood founded by Chris Rendell & Chris McPherson where it was awarded a Michelin-recommendation 3 years running before opening the doors on the Stamford location.

The idea of Flinders Lane came to fruition in 2006 when two mates, having a few beers after a busy night working at a Manhattan restaurant, reminiscing about the food & drink they missed from their hometown of Melbourne, Australia.

Here’s a great interview with the founders that gives insight to the Flinders Lane brands creation. 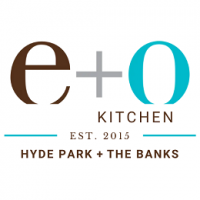